​The NoMa Lobby Project is an alternative art exhibition space carved out of the lobby of a prominent office building in the central neighborhood of NoMa in Washington, D.C.  The Lobby Project is dedicated to showcasing the work of emerging local and regional artists in an unconventional space.
The Lobby Project hosts 4 exhibits a year, rotating art every 3 months.  Project artists are awarded a $500 stipend at the end of their exhibitions.

Lobby Project Objectives:
​Lobby Project Artists Perks:
*The Lobby Project is a non-commercial space (no sales allowed). ​Sales of work/s can be handled directly by the artist/s. 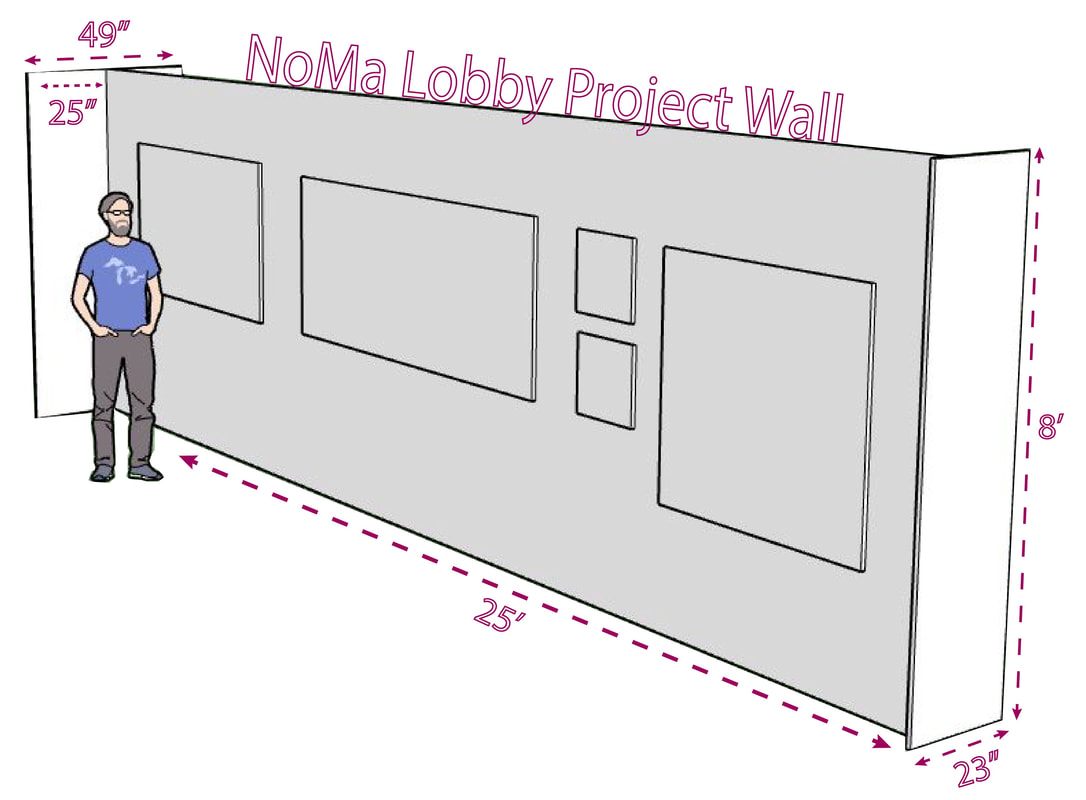